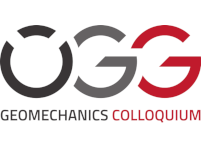 The Austrian National Committee of the ITA (International Tunneling Association) organizes the Austrian Tunnel Day in conjunction with the Geomechanics Colloquium. The Tunnel Day focuses on presenting the latest state of the art of Austrian and international engineering concepts in design and construction.

Recent creative developments in design, construction, and operating methods in tunnelling are presented.

The application of those new design and construction concepts will promote further innovation in future tunnelling projects.

The sessions topics are:

Participation is only possible in combination with the Geomechanics Colloquium.

Here you can find information about participating in the competition: (only availabe in german) 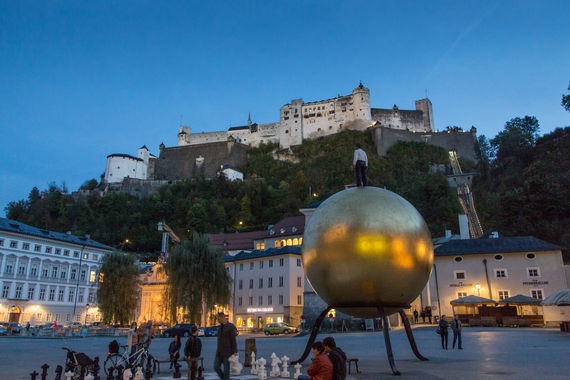 Dinner at the fortress

In the evening, a dinner will be held in the Hohensalzburg Fortress for the participants of the Tunnel Day (costs € 48 per person).

The annual Geomechanics Colloquium has developed as an important meeting point for experts in Central Europe. The event with the associated exhibition usually attracts over 900 participants annually, making it one of the largest annual events in the field of geomechanics worldwide.

This colloquium will be held as a hybrid event. You can book the colloquium on site or as an online version. The participant fees of the physical colloquium automatically includes the online version. All contributions are recorded and can be accessed at a later point in time.

The sessions topics are:

Subission of abstracts is comming soon!

Here you can find our first announcement

The Tunnel Day and the Geomechanics Colloquium will take place from Wednesday, October 12th, 2022 to Saturday, October 15th, 2022 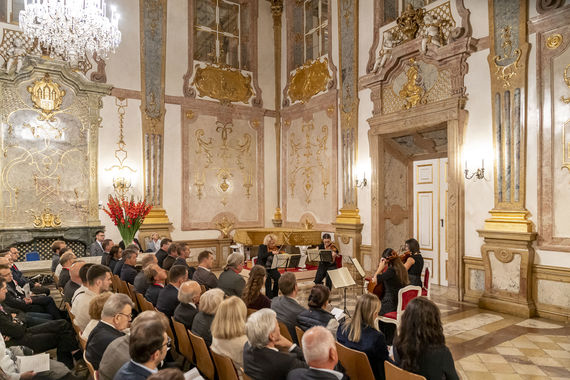 The state and city of Salzburg support us to invite the participants and their accompanying persons to a chamber concert on Thursday evening.

The invitation to the chamber concert will be enclosed with the conference documents.

After the chamber concert, the Austrian Society for Geomechanics invites all participants and their accompanying persons to the congress dinner in the Stieglkeller Salzburg.

Address: Festungsgasse 10 (after the funicular to the fortress), 5020 Salzburg 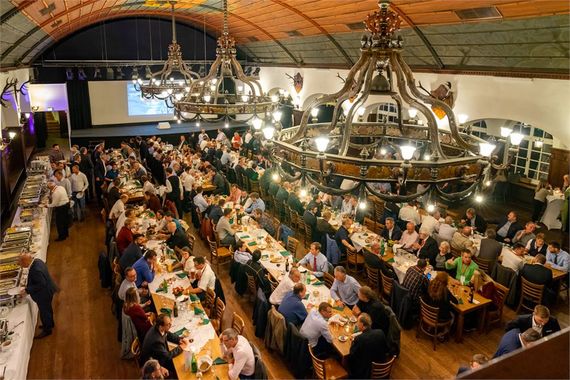 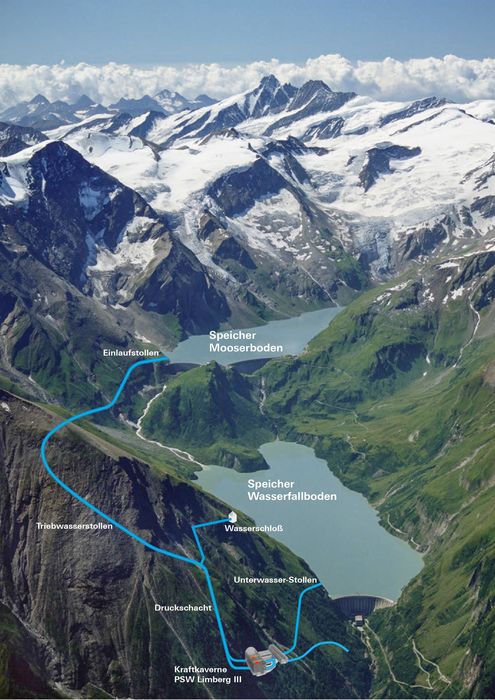 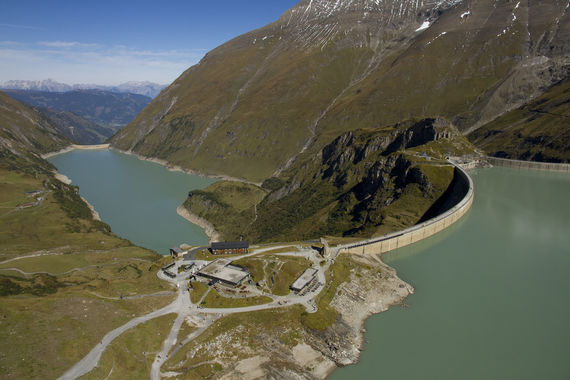 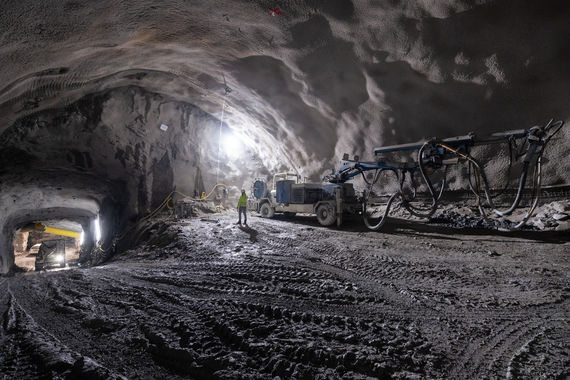 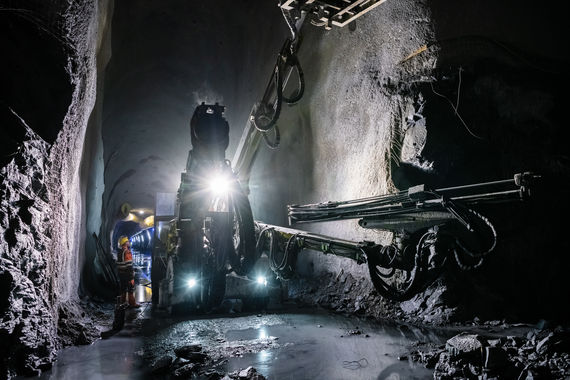 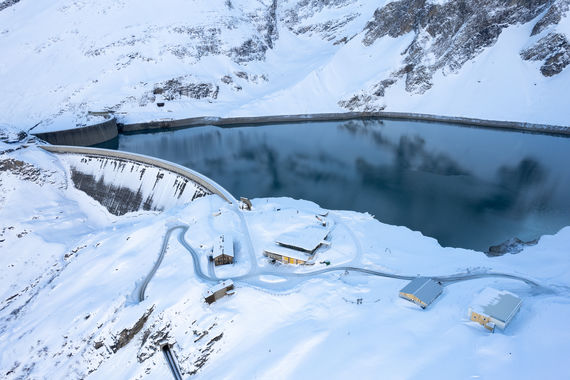 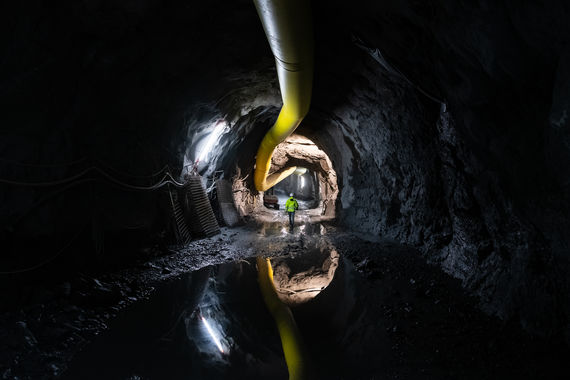 The project, which was approved in 2017, is a pumped storage power plant with a total capacity of 480 megawatts. Like Limberg II, which was put into operation in 2011, it will be constructed entirely underground between the two existing reservoirs of the Mooserboden (final level 2,036 m) and Wasserfallboden (final level 1,672 m).

These two reservoirs with a total capacity of 160 million m³ will be used as upper and lower basins for the pump turbine operation to generate electricity. This is an addition to the existing power plants Limgerg I and Limberg II which are already in operation

The new headracetunnel starts at the intake of the Mooserboden reservoir and reaches the pressure shaft after 3.7 km. After a length of 600 m the pressure shaft leads via two distribution pipes into the underground power station, which is located underneath the Limberg dam. The power station consists of a machine chamber with two 240 MW hydroelectric sets and a transformation chamber, connected via two generator dissipation tunnels. After the turbines the water is returned  to the Wasserfallboden reservoir via a 613 m long tailrace tunnel.

In the powerhouse cavern, two hydroelectric sets generate electricity, each consisting of a reversible Francis pump turbine and a generator. The energy is dissipated with a nominal voltage of 380 kV from the cavern system by means of a gas insulated line and is connected to the existing energy dissipators.

Upon completion, Limberg III will be a power plant whose design is tailored very specifically to the future needs of the energy transition. Special machine sets with variable speed-controlled pump turbines will be used that are able to react with extreme flexibility to the increasing need for balancing and controlling energy in the grid. Given the increasing requirements caused by the expansion of volatile forms of energy generation, these are important services for grid stability – one of the main prerequisites for a safe and affordable electricity supply.

In addition to being constructed underground, and thus out of sight, the overall project also encompasses a large number of ecological measures. A special highlight is the construction of the 24 hectare European conservation area “Alpine Alluvial Land Drossen”, which extends into the Drossen ravine. Below the dam, a project will also be implemented that aims at eliminating traces of the construction period of the 1950s by means of land restoration.

On Thursday, October 8th, we are offering accompanying persons the following social program:

The Attersee is the largest lake in the Salzkammergut and, thanks to its turquoise blue water of drinking water quality, is one of the most popular bathing lakes in Austria. In addition to various sports opportunities, the region also offers numerous  attractions.

First, our tour leads to the beautiful late Gothic parish church of Gampern, where you can admire one of the three most famous Gothic winged altars in Upper Austria.

Then we go to Seewalchen where we visit the Gexi Tostmann traditional costume museum.

Afterwards we enjoy a walk on the promenade with a view of the lake, passing Villa Paulick, a historic summer villa that is a listed building.

A visit to the Klimt center in Schörfling, a walk on the Klimt theme trail, in the Klimt garden and a boat trip on Lake Attersee open up the Klimt trails and its impressive motifs on land and from the sea side.

Of course, lunch as well as coffee and cake are also provided. 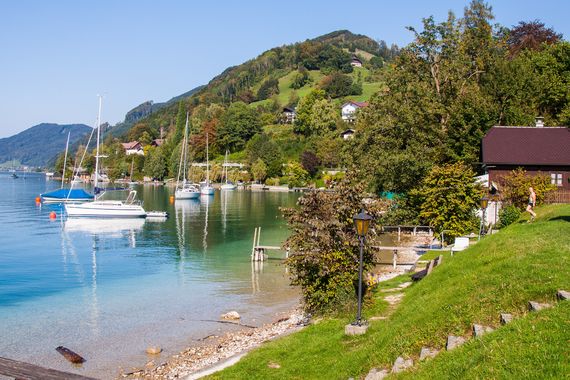 The conference languages for the tunnel day and the geomechanics colloquium are German and English.

You will find the headsets to the left of the entrance to the "Europa hall".

The registration form will be open in July!

The proceedings are printed in issue 5 of our association magazine "Geomechanik und Tunnelbau". Members receive this automatically.

The Austrian Tunnel Day can only be booked in combination with the Geomechanics Colloquium!

"Students" (reduced participation fee) are persons under the age of 26 years, without a regular salary – except doctoral students! The certificate of studies has to be added. 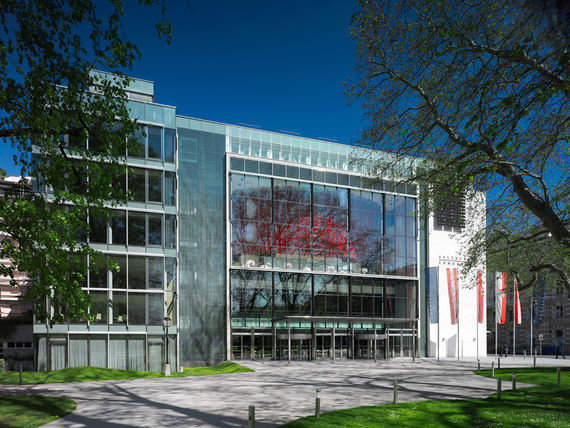 The Geomechanics Colloqium and the Tunnel Day will be held in the congress center "Salzburg Congress" (Auerspergstraße 6, 5020 Salzburg, entrance Mirabellgarten), which is located close to the city center.

Salzburg is known worldwide for its beautiful old town and its cultural offerings.

All lectures will be held as a LIVE stream. Lecturers, participants and session chairs are live.

Questions of participants can be asked via chat. These are coordinated by the session chairmen and  passed on orally to the lecturer, to be able to respond them after the presentation.

The webinar can be started via our website and must be done using the Chrome or Firefox browser to ensure good functionality.

After registration, the participants will receive their personal access data (registration code) with which they are able log in to the webinar as soon as it is activated.

All presentations are saved and remain available for registered participants (with access code) even after the live stream until the end of the year (sound and presentation only).

Proceedings (Geomechanics and Tunneling - Issue 5 and Issue 6 - for members included) of the Virtual Geomechanics Colloquium 2020 can be ordered additionally for small fee.

The geomechanics colloquium and the tunnel day will be held in the "Salzburg Congress" congress center (Auerspergstraße 6, 5020 Salzburg, Mirabellgarten entrance), which is located near the city center.

Salzburg is a household name worldwide due to its beautiful old town and cultural offerings.

All contributions will be held this year in the language chosen by the lecturer. There is no simultaneous translation. In the proceedings you will find the articles in English and German.

The AUSTRIAN SOCIETY FOR GEOMECHANICS

The organizer of the Geomechanics Colloquium

More informationen tho the society you can find here.

The geomechanics colloquium and the tunnel day will be held in the "Salzburg Congress" congress center (Auerspergstraße 6, 5020 Salzburg, Mirabellgarten entrance), which is located near the city center.

Salzburg is known worldwide for its dreamlike old town and the cultural offer.